I, Daniel Blake: a must see film from socialist director Ken Loach. An attempt to shove the real issue into the eyes of the public, and confront the government on its poor attention to the benefits system and its policies. I, Daniel Blake removes the stereotypes surrounding those who claim benefits, whilst reducing the stigma surrounding the word ‘benefits’ itself. 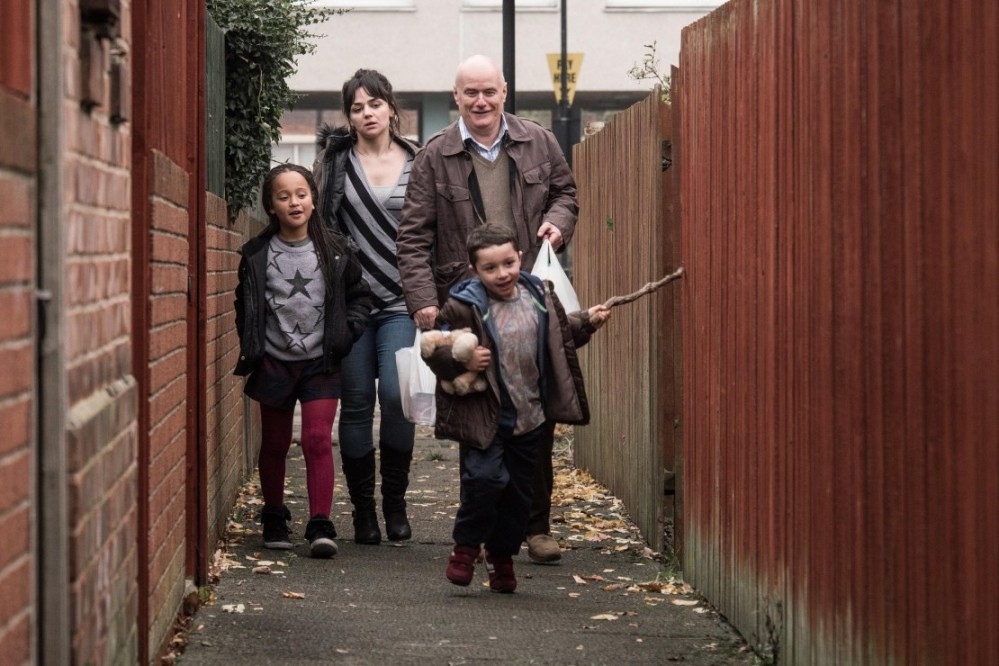 Loach focuses on character Daniel Blake, a man who, after suffering a heart attack, is strongly advised by his doctor not to work. After a painful yet humorous health check interview from the job centre, they conclude that he is fit enough to work – ignoring a professional doctors orders. Here begins Blake’s journey for job seekers allowance – spending 35 hours a week looking for jobs he will not be able to take. He travels this journey with single mother of two kids Katie, whom he met when he courageously and movingly sticks up for her at a ridiculous dispute between Katie and staff at the job centre. It is moments like these where the anger and frustration of the people seeking help are plainly revealed. As an audience we too share this anger, and become immediately overwhelmed, even mortified, by the way the staff so poorly, unfairly and unsympathetically handle a situation. Throughout all the struggles and heartaches revealed, we often forget that throughout all of this, two young children are present. Most raw and difficult to watch for me, was the food bank scene; Katie, so unbelievably hungry, suddenly and unexpectedly pulls open a tin of baked beans and ravenously scoops out the contents with her hands, before breaking down in tears to stop and realise what her life has come to. Inhumane, unimaginable, and vulgar, yet so real.

Our society, namely the media, has created this negative image of people on benefits – as people who are aggressive, “common”, lazy, fraudulent. News and tv shows focus on particular characters, that may be more entertaining for the typical viewer. Yes, there are people out there who claim benefits fraudulently, however, this is not the majority. And it is not unordinary to see people getting slightly aggressive, but what brought them to feel so angry? When being treated a certain way, for example by an unmotivated employment centre, any one of us would react in the same way. It is this image presented in the media, and this stereotype, that has been embedded into our minds. Ken Loach stylistically presents us with these ordinary people – those people who we are not, but should be, more aware of.

Despite slight predictability, the ending was necessary and powerful. Certainly still shocking, it was a somewhat essential result for us to feel so saddened. Loach could not risk leaving the audience with a  happy ending, of success and accomplishment, for us to leave our seats feeling relieved, end of. It was not Loach’s aim to just complete the story, because his story is not complete – it is currently never ending, until governments drastically alter their policies. He did not want his ending message to be a typical “just keep persisting, never give up, and you’ll get there in the end!” Daniel Blake never gave up, and inspirationally so, but the message left by the end of the movie was the fact that the way the system is being run is wrong. Ken Loach digs behind the scenes, where audiences have not been, to reveal the truth behind the benefits system. It unfortunately takes a lot for our brainwashed minds to feel such care or any physical effect for an issue such as this.

19 Studied (A Level) Geography, Music and History of Art View all posts by mjsassypants